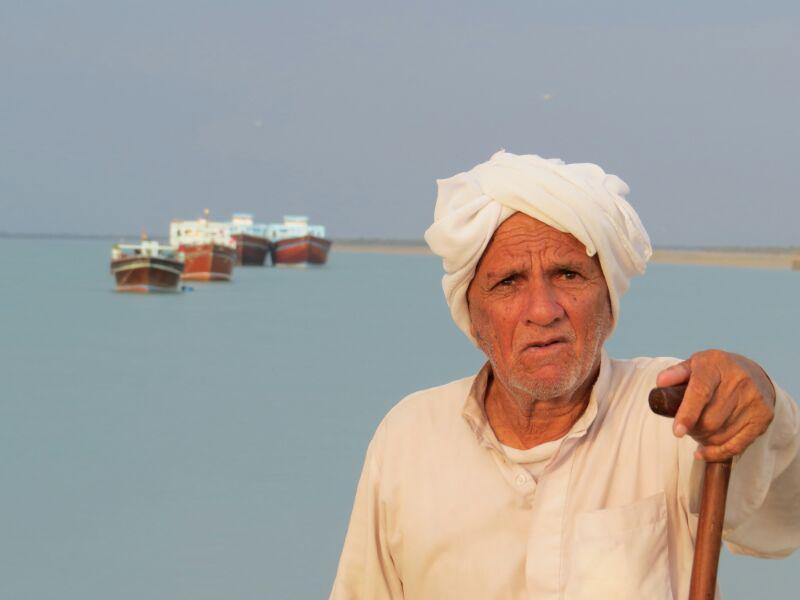 According to archaeological analysis the island has had business trade in ancient Persia especially during Sassanid Era, with the Far East, the west coast of the Indian subcontinent and southern shores of the Persian Gulf and especially the east coast of Africa and this trade stretches to the Islamic periods. It is widely clear according to anthropological observations some cultural traces can be observed in the island which have roots in African, Arabian and Indian rituals, clothes or music Preservation and restoration of this culture are the programs of Qeshm Island UGGp, which are introduced through exhibitions, festivals, publications, social media and more.

Maritime culture is one of the most intangible heritage of Qeshm Island. From ancient times, Qeshm Island has been a harbor for trade with Arab countries, Africa and India. The history of sailing in Iran goes back to 6,000,000 years ago through the clay stamp found in Chogamish of Dezful city. From the Achaemenid era, Qeshm Island alongside Hormuz and Siraf, has been known as a port for trade and military ships in Iran. There were many business trips from Qeshm to India, China, Malaysia, African countries and even Madagascar have been occurred. From China Silk and North and Siberia skin with gold, pearls, rugs and more, exported to other countries. 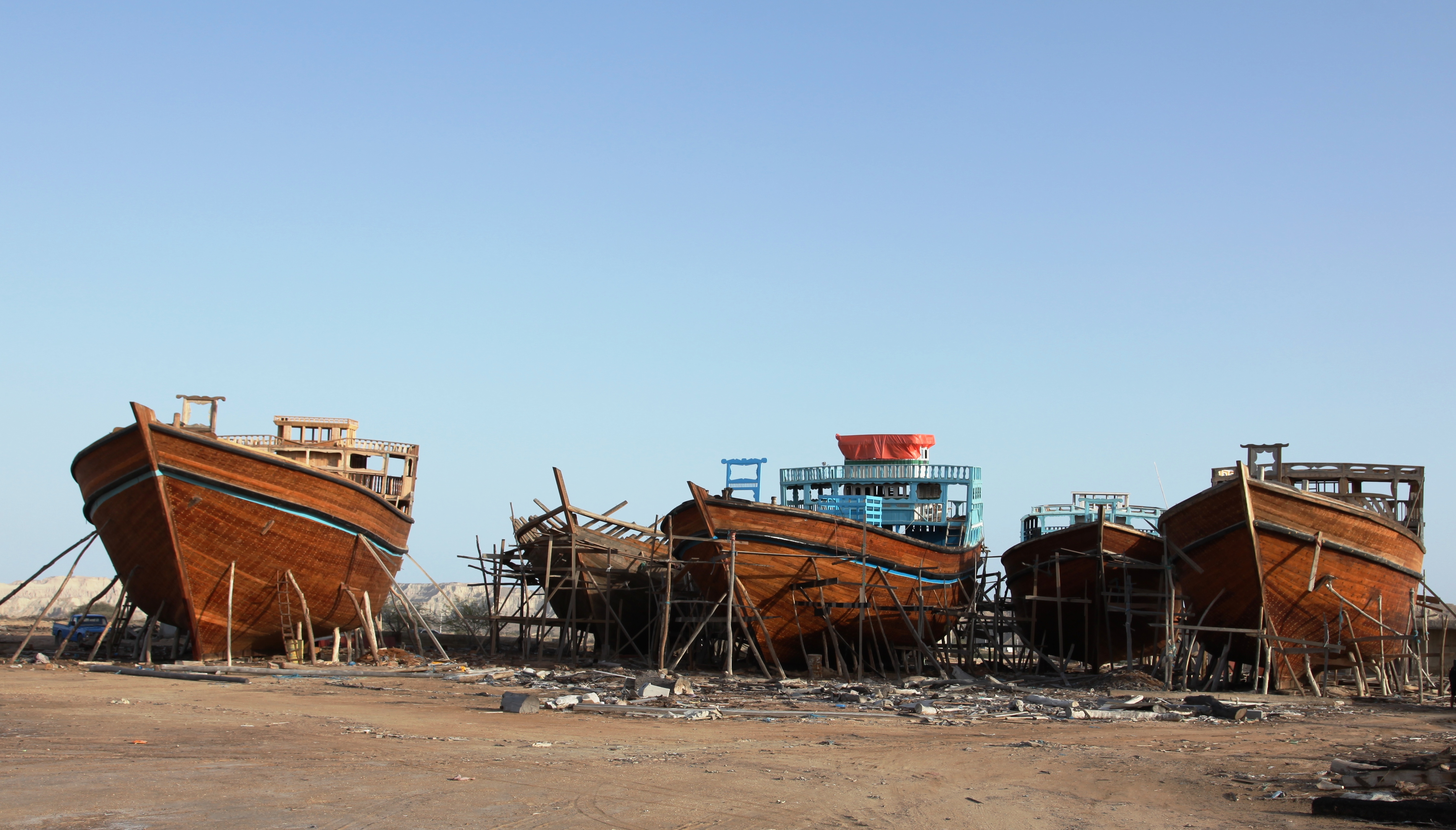 • Maritain Park-Museum & Traditional Wooden Boat Building Yard of Gouran; Gouran (meaning expensive and precious) is one of the oldest natural habitats in Qeshm and was one of the natural harbors for anchoring and repairing ships, and these activities are done in their traditional procedures. Since 2017, to familiarize tourists with the traditional wooden boat, its construction process, and sailing culture, Qeshm UGGp Management has been established the Gouran Matitian Museum park in collaboration with the local community of Gouran Village. From the past, 40 species of small and large wooden vessels were identified that traveled across the Persian Gulf and the Indian Ocean. Of these, 28 are pictorial and 14 are original in the Goran Museum Park. This park is the first and only museum of wooden vessels in Iran. Traditional skills of building and sailing Iranian wooden boat, called “Lenj”, in the Persian Gulf, inscribed in 2011 on the list of intangible Cultural Heritage in Need of Urgent Safeguarding of UNESCO. 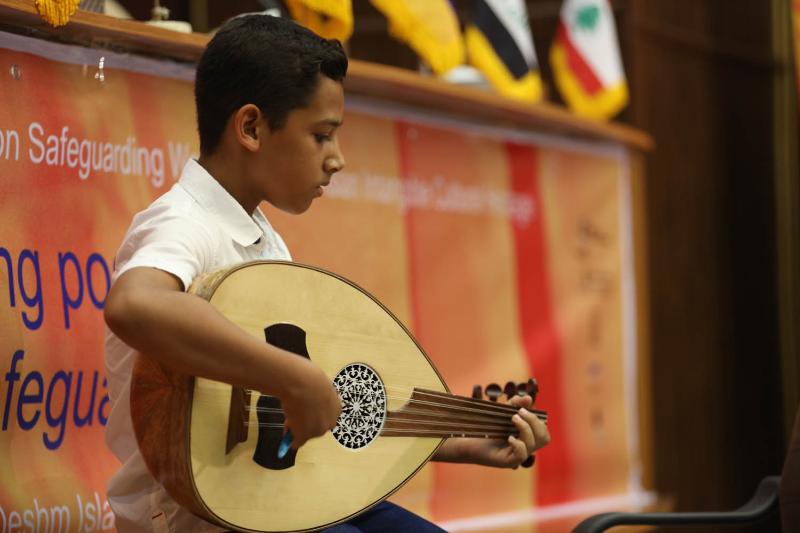 • Qeshm Island's folk music forms one of the most important parts of the cultural identity of its people. The combination of populations and the presence of different ethnicities in the region have added to this cultural richness. Island music has deep roots in the history of the region. In Qeshm Island, there are several groups of local musicians who play traditional instruments and drums which most of whom continue their professional career and train from generation to generation. In island-style music, the lute is a pivotal instrument, and most lute musicians are themselves singers of the band. 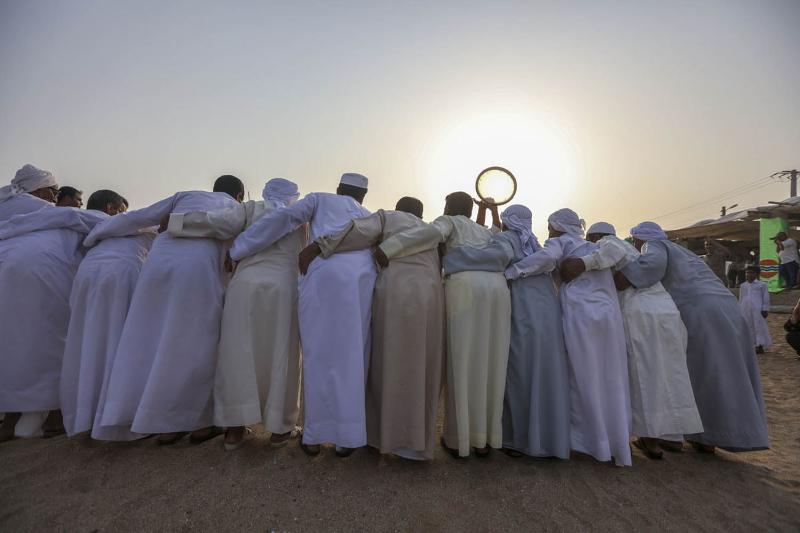 • Qeshm Island traditional dance, like traditional music, has its roots in the indigenous and folk culture of the region. • The dances are performed on a variety of occasions, including religious and national celebrations and weddings, and among them, the dance of "Ozza or Azzwa" is particularly noteworthy in terms of the style, theme, and roles of its performers. The dance which is mainly performed by sailors and fishermen is a tribute to the people Qeshm Island and Hormozgan province, where circular dancers rotate and sing poems with their rhythmic movements. Traditional musical instruments of Qeshm Island are also among the island's leading arts and handicraft industries. In addition to drums, dayereh (tambourine), and tombak, playing and manufacturing the lute has a special place. Mohammed Rafi Ashari should be considered the pioneer of this art in Qeshm, known for his professional mastery as a manufacturer and musician. In his workshop, which has a large number of visitors, he puts together the wooden strips of walnut, maple, and olive trees in a carefully and delicately crafted way, making the work so artistic and finally, produce a beautiful and melodic lute for its players and musicians. Qeshm has become a center for the production and export of lute in the last 20 years. Among the other manufacturers of the lute in Qeshm, Shojauddin Ashari and Ali Khojasteh are both students of Muhammad Rafi who nowadays work in separate workshops. In playing, singing and making musical instruments, Mohammad Rafi Ashari, Shojauddin Ashari, Ahmad Khaki and the Gard-o-Khak band, Mohammad Rahimi (teenage musician) are Qeshm UGGp partners.

To promote this art and tradition, Geopark Management performs traditional music at all local, national, and international events and also presents miniature lutes as a symbol of the Qeshm heritage as a gift to the guests, which is firstly designed and produced by Shojauddin Ashari and ordered by Geopark in 2017.

• Traditional customs: Men's and women's customs are an artifact of Qeshm Island that has not changed much in the area over time, and it still represents tradition and culture of the region. What makes Qeshm Island women custom beautiful is its pattern, design, and color, which varies according to the seasons and is usually light and thin due to the prevailing heat in most days of the year. The most famous type of women's dresses in terms of traditional looks and patterns is Kandorah. The same Spanish and European Gondoras shirt that the Arabs of the eighth century took it to southern Italy and Spain. This dress has embroidered fringe and embroidery on the waist area based on the Golabatoon Doozi method. 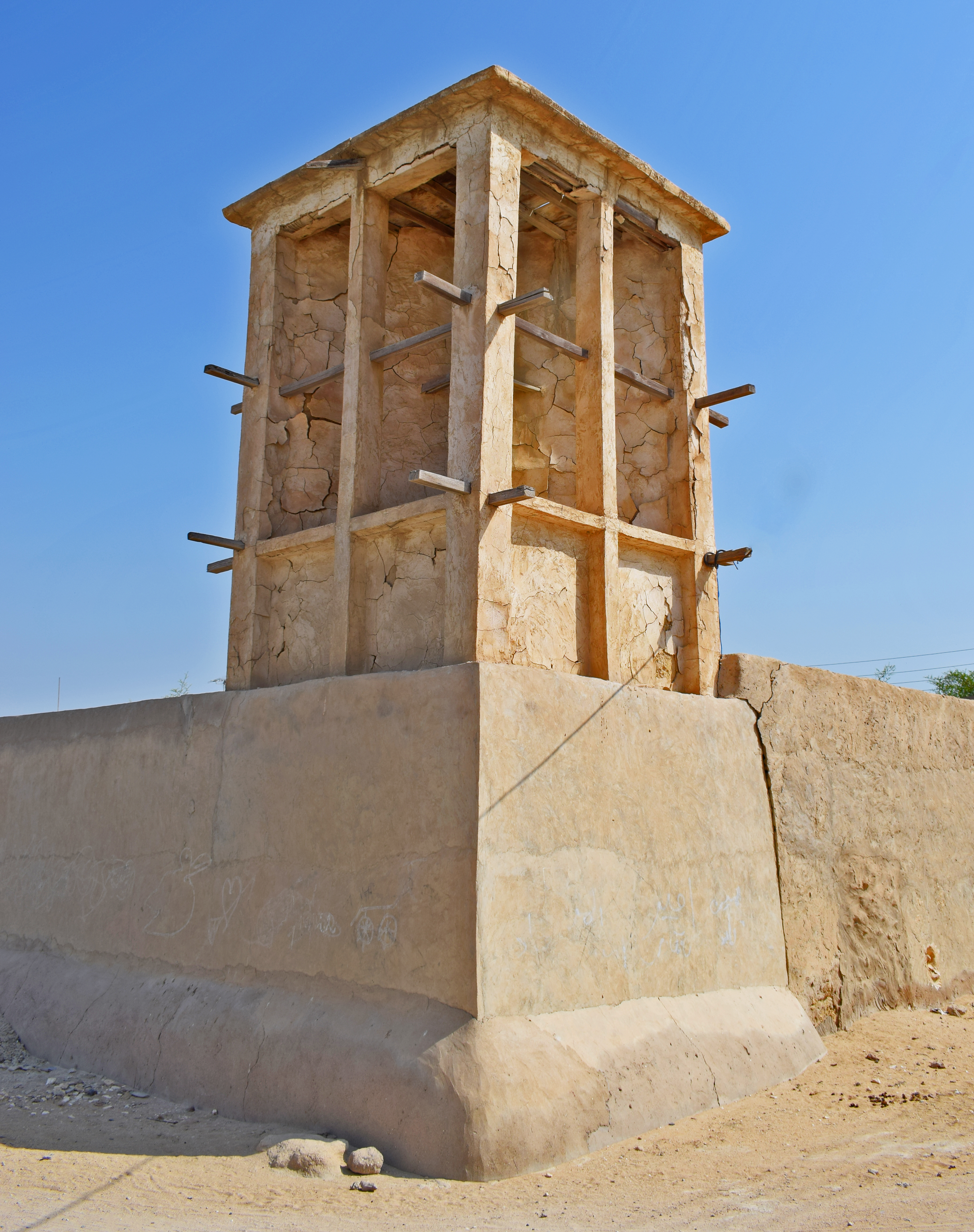